Turbine generator sets for generation of electric energy with power ratings of several 100 MW are typically connected directly to the electric grid. Thus, the turbine is operated at fixed speed, resulting in a drop of efficiency at partial load. If the turbine speed could be adjusted at partial load, the gain of efficiency would be up to 25 %. Matrix or cyclo converters can provide frequency-elastic coupling and would allow speed-variable operation of the turbine. Due to high robustness and small losses, thyristor converters are favoured particularly in the range of very high-power rating. Unfortunately, the standard three-phase cyclo converter can only be used up to frequency ratios up to 1:3 between generator and mains which is not given here. However, if the number of phases is increased (e.g. up to N = 27), the distortions would be within an acceptable level. The state-of-the-art control method for such a multi-phase cyclo converter is derived from that of the standard cyclo converter and operates the converter with a rather high commutation frequency, which contradicts the goal of efficiency improvement. A proposal in order to reduce the commutation frequency has been presented, but this includes other drawbacks as larger total harmonic distortions.

Voltage trajectories for different switchings of a 9-phase matrix converter

Goal of this project is to improve the control of this converter concept to operate the converter with a small number of commutations in order to minimize losses as well as to consider other optimization targets as the total harmonic distortion (THD) and the converter voltage utilization.

Methodological approach is the employment of space vector modulation which so far has not been applied to such converters, likely because of the large number of states to be handled (with N = 27 phases, N³ = 19683 states result), which are furthermore varying in time, and also because the commutations cannot be triggered arbitrarily with externally commutated converters. The implementation of a Direct Current Control in a rotor-fixed reference frame by means of Model Predictive Control (MPC) is a promising way to solve this complex task. Model Predictive Control will select the best switching state with help of an objective function that considers the control error, the rate of change of the predicted control variable (which is approximately proportional to THD) and the commutation voltage. In that way, the switching losses are expected to be reduced by about a factor of two. 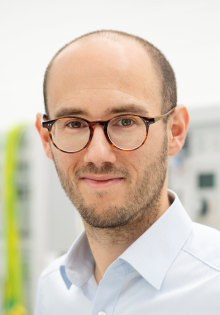