Since 2010 the Department of Communications Engineering (EIM-E/NT) of the University of Paderborn has invested remarkable efforts in creating an indoor navigation system for the university campus. In 2013 the project won one of the "University of Paderborn research prices". A team of researchers and students together developed the "UniPIN" system in this time, which was published in 2015. It is an indoor navigation app for Android Smartphones for the complete university campus including 25 buildings and more than 4334 rooms. 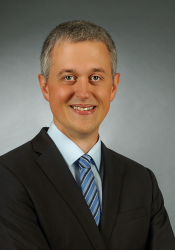